Just what is the current state of digital banking in Singapore? The answer to that probably depends on to whom you ask the question.

The central bank in the ‘Island Nation’ will issue five new digital banking licenses this year, potentially disrupting the traditional banking system. But how likely is it that digital banks could make a real impact on the sector? Who is likely to be the major player in Singapore’s digital banking? And what can Singapore learn from earlier adopters of digital banking around the world? In this article, we take a loo.

Analysts have christened the impending arrival of digital banks in Singapore as the ‘Second Wave’ of transformation in the South East Asian state’s banking sector. It will follow the First Wave, which refers to the banks that joined the sector over a five-year period from 1999, disrupting an industry dominated by longer established banks such as United Overseas Bank and DBS Bank that point.

Now the Singapore banking scene is set for a new wave of offerings from those firms who win licenses, some of whom are not traditionally aligned with personal finance. And it isn’t just consumers who are being targeted – it is expected that accounts will also be tailored for small, growing businesses in the country.

In total, the Monetary Authority of Singapore (MAS) has received 21 applications, and after a review period, the applications will be whittled down to five who are awarded licenses. The MAS has challenged applicants to show that they can meet the requirements of underserved individuals and businesses, as well as prove they have a strategy which can achieve profitability

The winners of the digital bank licenses will be announced in June, and the licensees are expected to start doing business by the middle of next year.

Size of the Second Wave?

So just how successful will the new digital banks be once they are introduced into the wider banking market next year? At present, projections seem to be split into two schools of thought.

A recent article in the Financial Times included a comment from experts who maintained that the new digital banks might find it hard to gain a foothold in a market which is already relatively sophisticated from a fintech perspective.

One of these industry figures was James Lloyd, financial technology and payments leader at EY, the global professional services firm. He told the publication: “In practical terms, Singapore is already one of the best-served and heavily banked markets in the region. Converting mass-market customers to a new bank is going to be very challenging.”

Zennon Kapron from Kapronasia, the Singapore-based consultants Kapronasia, seemed to back up this assertion, pointing to the Singapore banks’ current technological capabilities as a reason why digital banks could fail to assert their differentiation points. He told the same newspaper: “If you use banks here in Singapore , you rarely need to visit the branch once you have joined Many of the contenders are going to struggle to come to market with enough of a value proposition to attract deposits and excite consumers”.

But it isn’t all doom and gloom as Singapore’s banking market prepares to welcome these new entrants. Accenture’s ASEAN chief Divyesh Vithlani founds a positive perspective. He told the South China Morning Post that the incoming digital banks could have the effect of shaking up the established banks to modernize their digital services – with the ultimate beneficiary being Singaporean consumers and businesses.

Mr. Vithlani explained: “Rather than a wake-up call for the incumbents, these new digital banking licenses could serve as a much-needed catalyst to help traditional financial firms become even more committed to their digital strategies.”

In other words, there is the possibility that both vitality and competition within Singapore’s banking sector could benefit from the arrival of the new digital banks, which can make accessing personal finance products easier through user-friendly smartphone apps. With mobile technology in mind, the new digital banks’ success may hinge on the user experience offered by the apps themselves.

Providing this new consumer experience can engage, inform, and market the digital banks’ offerings effectively, there is no reason why a sizable amount of cut-through can’t be achieved. However, it must be noted, one potentially crucial difference between Singapore and neighboring countries such as Indonesia and Malaysia is that these states have a large rural landmass. Areas in which high street banks do not have a physical presence are seen as important target markets for digital banks and mobile banks. With its high urban landmass, Singapore cannot seek to target these large areas with underserviced populations in the same way. It looks like they will be fighting a ‘street battle’ for the same customers currently using high street banks.

Who gets the ‘golden tickets’?

The list of applicants for the five digital banking licenses up for grabs in Singapore might be more known in the broader sense of fintech, rather than traditional banking.

One of those is Grab (with its already successful GrabPay product), better known for its ride-hailing service, which has teamed up with Singtel, the Singapore telecom provider. They plan to form a consortium in which Grab will have a 60 percent stake, to Singtel’s 40 percent. They have highlighted new digital customers and SMEs who struggle to access credit, as their target market.

Like Grab, other applicants such as Ant Financial, Sea, and Razer, have the infrastructure and human resources to give their digital banks the necessary backing. They will also have the opportunity to offer customers supplementary services. The new players will be tasked with making an impact in an already sophisticated banking population – penetration is the highest in the region, at 98 percent.

Learning from the best?

As with many countries who take steps into digital banking, there is undoubtedly an aspect of ‘keeping up with the Joneses’ to Singapore’s Second Wave of banking transformation. An eye has been trained on continental rival Hong Kong, which has handed out eight digital banking licenses, as well as established Western financial hubs such as the UK.

It will be some ask to achieve the penetration of the UK, which already boasts 13 million digital banking customers. In the UK – where five million digital bank accounts were opened in the first half of 2019 alone – traditional banks will certainly be looking over their shoulder at the new breed. There are currently 13 recognized digital banks, challenger banks, and standalone banking apps in the UK, but Singapore might want to think twice before increasing the number of its digital banks.

According to the National University of Singapore’s associate professor Lawrence Loh, expansion of the sector is inevitable but must be done gradually. He told the South China Morning Post: “Overcrowding will not be to anyone’s benefit, but these licenses will not be the last five,” he said. “It is just a starting point, and Singapore will open up in a more measured, controlled way.”

So as we stand at the cusp of a new era in Singapore’s banking sector, it might be hard to gauge whether the neobanks or traditional banks will win the battle, which is soon to commence. One thing we can say with some certainty is that Singapore’s consumers will be the main beneficiary. 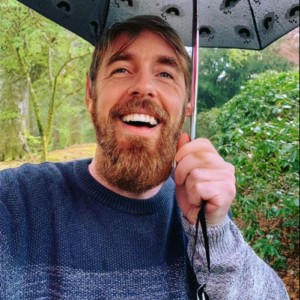