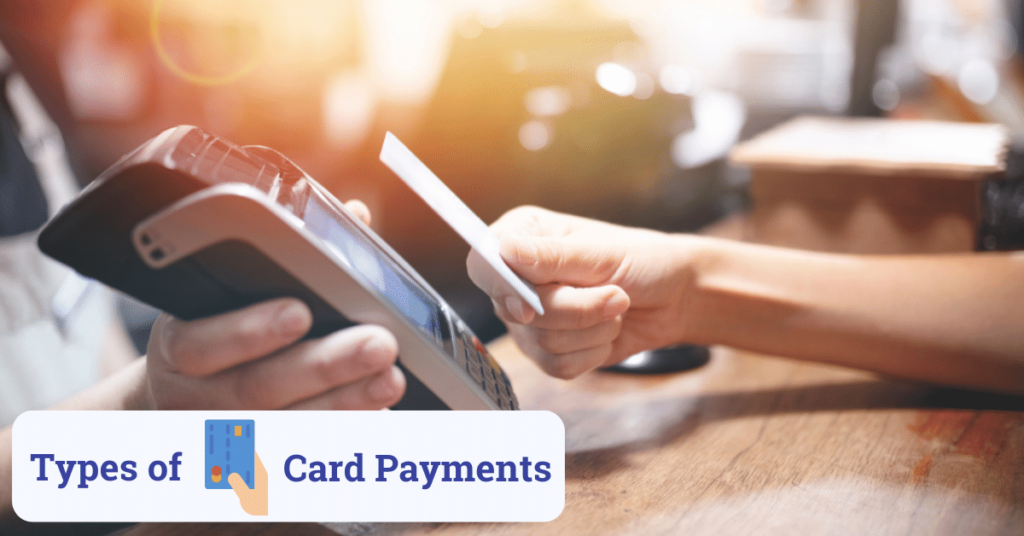 The decline of cash has been seen and even promoted for some time now; however, the pandemic was the last nail in the coffin. Let’s see what types of card payments exist.

If you don’t have enough money to cover the spent amount, the transaction will be declined or you will go into overdraft if the bank supports it. Going into overdraft can be very costly and is in the ballpark of €35 per overdraft transaction.

When you’re buying something with your debit card, there are fees involved. However, you, the buyer, aren’t the one paying for the fees, at least not directly. The merchant is the one that has to cover the cost of the card transaction.

The fees are generally below 1% of the amount of the transaction. It’s not much, but obviously, it adds up, and that’s why some merchants decline to accept cards and only accept cash payments.

Credit cards are a bit different than debit cards. You generally have to be approved for a credit card by the bank or credit card issuer. They will look into your credit score and other data to decide whether to issue a credit card or not, and under which conditions.

You see, two credit cards can look exactly the same but one person will get much more favorable interest rates than the other.

This is the main difference between debit and credit cards. Whereas the purchase amount goes directly from your bank account when using a debit card, with credit cards, you have a credit line and the funds come from the bank, and not from your account.

Subsequently, you have to make a payment each month to the bank or the credit card issuer to return the spent money, so you don’t have to pay additional fees.

Each credit card has a credit limit that depends mostly on your earnings. There are also many fees associated with credit cards. Fees such as the annual fee, over-the-limit fee, cash advance fee, and late fees.

Credit card use can quickly spiral out of control if you aren’t careful and you lose control over your spending and repayments.

Credit cards are also costly for merchants who have to pay between 2 and 5 percent per transaction.

Contactless cards are a relatively new thing. They first became popular in Europe and elsewhere before coming to the United States.

Today, basically any debit or credit card has contactless payments enabled. However, if you’re not a big fan, you can ask your bank to turn the feature off, or you can do it yourself in the mobile app.

But what exactly are contactless cards, and how do contactless payments work? These types of cards use radio frequency identification (RFID) technology and near-field communication (NFC) to execute transactions.

When you’re paying this way, you’re tapping or holding your card just above the POS card reader for a few seconds. After that, it takes a second or two to complete the transaction, and you’re good to go.

Contactless payments have really taken over the world as they are faster and more secure because they don’t involve typing in your PIN every time, for example. The card needs to be held extremely close above the POS, which makes it really hard to be abused by a malevolent third party.

From the newest to one of the oldest type of card payments. Swipe payments were introduced in 1979 when magnetic stripes were added to cards. This resulted in the further development of payment terminals that could utilize this new technology in the world of payments.

To swipe a credit or debit card means to literally swipe the magnetic strip on your card through the card reader slot from the top to the bottom.

There’s no PIN input involved, as all the vital info is enclosed in the magnetic strip on your card. However, you do have to generally sign the receipt to complete the transaction, as well as hand over your ID in some cases.

Swipe cards aren’t really that secure anymore because criminals learned the way to exploit them relatively easily, as they’re much easier to reproduce than the next card type on our list – the chip or smart cards.

All cards on the market should be smart cards by now. They have integrated chips in them that stores your data. They are based on the EMV standard developed by Europay, Mastercard, and Visa.

Chip cards have to be inserted or dipped into the POS card reader. You also have to verify that you’re the owner of the card with a PIN or signature.

Because of that, EMV card payments are considered to be more secure than simple swipe transactions.

This fact also shifted the liability from banks to merchants for any fraud that happens on machines that aren’t EMV capable.

There are now two camps of EMV payments. One camp is in the US, Mexico, Argentina, Colombia, Peru, and some Asian countries like Taiwan, Hong Kong, Thailand, South Korea, Singapore, and Indonesia. These countries use the chip and signature system.

Chip and PIN is the more secure system as the criminal needs to know your PIN as well to use the card, at least for in-store transactions.

There are, however, so-called skimmers that look just like POS terminals and can easily be installed on ATMs and POS systems in stores in a matter of seconds. They read and record the sensitive data from your card, including the PIN you type in, and transmit the data to criminals if undetected.

Digital wallets are extremely popular because you don’t have to bring your cards with you anymore. You simply add all your payment and other types of cards into a simple app that resides on your smartphone.

Apple, Google, and Samsung Pay are the most popular digital wallets from smartphone manufacturers. There are many other digital and mobile wallets, of course, some with tens of millions of users.

Mobile wallets are very convenient because we’re basically going nowhere without our phones these days, whereas we don’t bring our physical wallets and payment cards everywhere.

Simply hold your phone over the POS terminal for a second or two and verify the transaction by fingerprint, face ID, or PIN.

Digital wallets are secure because of the complex encryption and tokenization processes that they utilize.

Apple Pay never stores your card numbers on your device and doesn’t share them even when you’re actually paying for something.

The app provides you with a unique encrypted Device Account Number that’s stored in a secure part of your Apple device.

Digital wallets can be used with wearable gadgets like smartwatches, as well.

Ecommerce has become ubiquitous as the majority of people are buying groceries, electronics, clothes, and more online. And so, too, have become online payments.

We’re still using our credit or debit cards for online payments, as well as digital wallets and PayPal, for example.

In recent years, Buy Now, Pay Later services like Afterpay, Klarna, and Affirm started cropping up as well, making it easy to pay for everything in installments.

A typical online payment includes filling out a form with all the details on our card and our personal details like name and address.

To fill out this payment form, we need to know the card number, but also the card verification number (CVN) that’s on the back of the card.

Online transactions from respectable merchants are protected by:

An alternative way for paying online, and one that doesn’t include cards, is a bank payment via internet banking.

With this type of online payment, you don’t have to enter your card details but are instead brought to your bank’s website, where you authenticate yourself and approve the transaction, usually by using two-factor authentication.

Card payments have evolved from simple magnetic strip swipes to chip and PIN or chip and signature, along with contactless.

Now that smartphones are the norm, we simply enter our card details into our digital wallet once, and we never have to bring our cards with us. Although most people still don’t use this handy feature, those that do are never going back to paying with their physical cards.

eCommerce has also brought card payments online and, with the onset of the pandemic, made online purchasing and online payments second nature for most people.

There are, of course, ways that card payments can be exploited by criminals, fraudsters, and scammers.

I recommend you always make sure you’re buying from a reputable website with an SSL certificate installed, check POS card readers and ATMs for skimmers, and never share your card or card details with people you don’t know or don’t trust.

By following these recommendations, you should stay safe from all sorts of criminals trying to separate you from your hard-earned money. 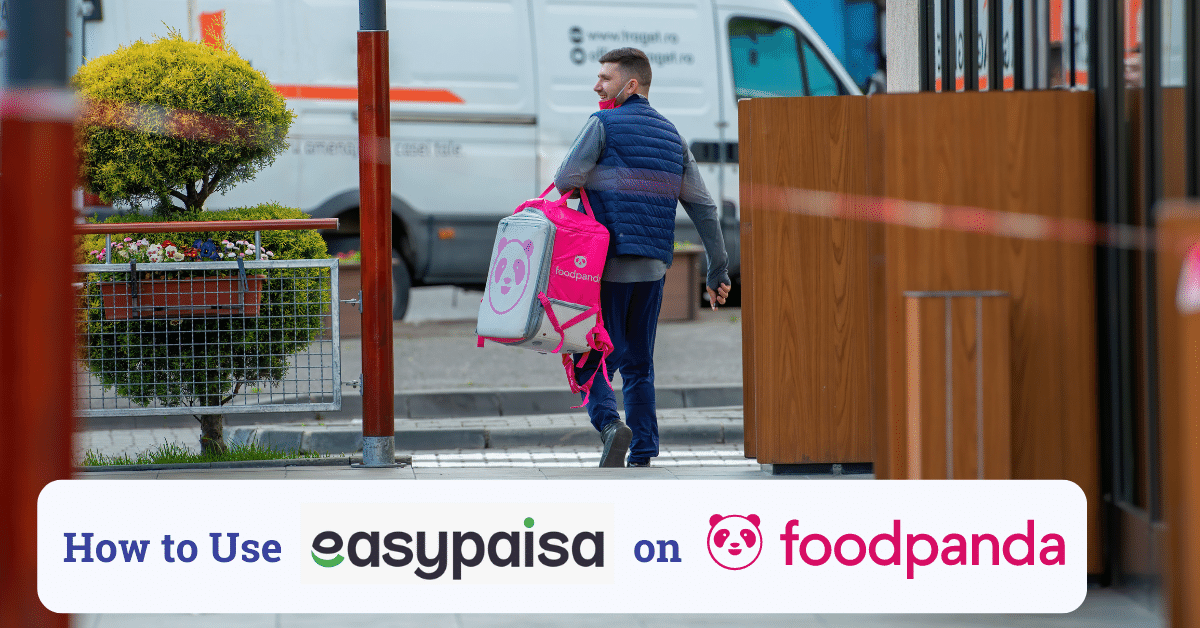