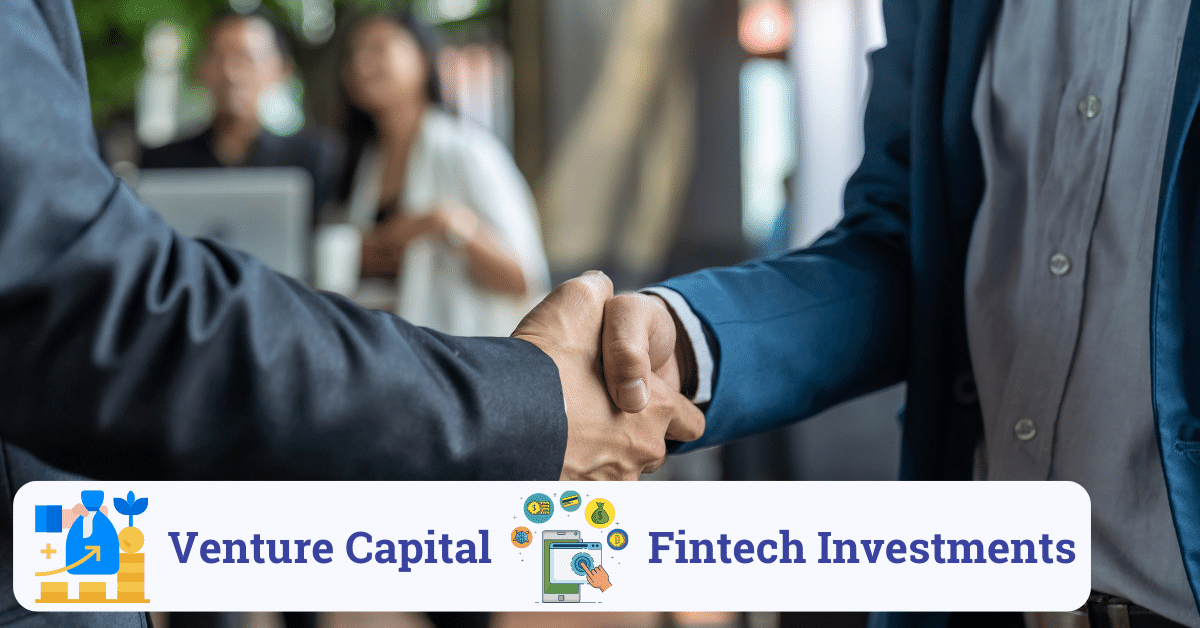 Fintech startups are always looking for investors, and venture capital firms, as well as angel investors and startup accelerators, are the ones they turn to.

New fintech companies are highly-risky and cost-intensive ventures that are sometimes founded by inexperienced and young people that require capital as well as guidance.

The following VCs have decades of experience dealing with startups from all sectors, and they have quickly realized that fintech is one of the fastest-growing industries today.

Investors in fintech startups can receive equity and voting rights for cents on the potential dollar in return for taking such risk through investment. VC helps startups get off the ground, and their founders get to fulfill their vision in a relatively short period.

The advantages of venture capital for companies are glaring. Not only can they raise large amounts of capital, but also get experienced leadership and advice, networking, collaborations, assistance with hiring and team building, and increased publicity.

Tiger Global Management was established in 2001 and is based in New York with offices in Hong Kong, Singapore, Bangalore, and Melbourne. Total assets under management are $125 billion.

The firm’s focus is primarily on the global Internet, tech, telecom, media consumer, and industrial sectors, as well as fintech.

The strategy involves a ten-year investment horizon and concentrates on growth-oriented private companies.

It has a long list of companies it invested in, including Alibaba, ByteDance, Facebook, Waymo, Spotify, Nextdoor, LinkedIn, JD.com, Quora, and hundreds of others.

Andreessen Horowitz, also known as a16z, is one of the most well-known venture capital firms. It’s headquartered in Menlo Park and invests in both early-stage start-ups and established growth companies, and its assets under management are around $30 billion.

The investments span many different industries, such as e-commerce, gaming, crypto, education, mobile, enterprise, social, SaaS, and, of course, fintech.

The company strongly believes that the combination of digital money, mobile, big data, and machine learning is a once in a lifetime opportunity to shake the cage and leapfrog legacy institutions.

Among its more than one thousand investments are companies such as Facebook, Twitter, Airbnb, Oculus VR, Roblox, Clubhouse, Lyft, Slack, and many, many others.

Sequoia Capital is a venture capital firm that also hails from Menlo Park. It was founded in 1972 by Don Valentine. Like other big VCs, it isn’t focused solely on fintech but also on energy, enterprise, healthcare, internet, and mobile startups.

Sequoia was by far the world’s top unicorn investor in 2020 and 2021 because it had invested in 1 in 5 of all private companies valued at $1 billion or more. Sequoia had investments in 206 unicorns. That’s 60 more than Tiger Fund and Softbank.

The company is also renowned for investing in pioneers of personal computing and networking. Sequoia’s first $3 million fund backed both Apple and video game pioneer Atari.

Bessemer Venture Partners is another American VC. It was founded in 1911 and has offices in San Francisco, Redwood City, New York City, Boston, Israel, India, and London.

Bessemer supports founders and CEOs from their early days through every stage of growth. Incredibly, Bessemer has been part of over 250 IPOs in the last 50 years.

There are also many fintech companies Bessemer invested in. Some of them include Shopify, Toast, Betterment, GetInsured, and others.

If you need a few laughs today, I suggest you visit the firm’s anti-portfolio page to see what investments the company didn’t partake in and read the funny little stories behind them.

Here’s a quote about Google when a college friend tried to introduce David Cowan to her tenants Sergey and Larry: “How can I get out of this house without going anywhere near your garage?”

There are so many great companies the Vision Fund has invested in. Some of them are Arm Ltd., Automation Anywhere, ByteDance, DoorDash, Slack, Uber, The Hut Group, Wag, OneWeb, Nvidia, Getaround, and more.

READ NEXT: 10 Most Asked Fintech Questions Answered (In Detail)

DST Global is a venture capital and private equity firm that funds late-stage ventures in the internet industry. It was founded in 2009 and has offices in Silicon Valley, New York, London, Beijing, and Hong Kong.

The firm is often described as one of the largest and most influential ventures in the world, with an estimated $50 billion in AUM.

DST has invested in plenty of companies that include social media giants like FB, Twitter, and Snap, then Whatsapp, Airbnb, Xiaomi, Zynga, Spotify, Alibaba, Draftkings, and Slack.

Index Ventures is a VC based in San Francisco, London, and Geneva that was founded in 1996 by Neil and David Rimer and Giuseppe Zocco.

The firm works with tech-enabled companies from seed to growth across every sector, especially in gaming, AI, e-commerce, mobile, security, and fintech.

Index will usually invest between $100K and $2 million as a pre-venture investment in early-stage companies. At a later stage, investments are assessed in accordance with the business potential of each company.

In the fintech sector, Index Ventures has made many notable investments into companies such as Adyen, Argent, Ascend, iZettle (acquired by PayPal), Novus, Plaid, Raisin, Revolut, Robinhood, Wealthfront, and Wise.

Greycroft is a venture capital firm founded in 2006 in New York by Alan Patricof. Like others on this list, the firm focuses on tech start-ups in the internet and mobile markets.

Greycroft is uniquely positioned to serve entrepreneurs worldwide as the company leverages a vast network of media and tech industry contacts to help founders attain visibility, build strategic connections, and get their products to market to ultimately build thriving enterprises.

Greycroft doesn’t manage as many assets as some other VCs, but their AUM is a respectable $2 billion with investments in over 250 companies.

Seedcamp is Europe’s seed fund, founded in 2007 by a group of 30 European investors. The VC is “identifying and investing early in world-class founders attacking large, global markets and solving real problems using technology.”

Seedcamp creates value through immediate access to smart capital for founders, plus a lifelong community and support in a global network built upon a decade’s experience.

The firm invested in over 400 startups building a legacy of breakout businesses that help change the way we live, interact and buy.

The fintech side is much more interesting because it includes behemoths such as Wise and Revolut, as well as Skew, Sorare, Wefox, Pleo, Ramp, Klump, Treecard, Monese, Curve, StepLadder, Holvi, and others.

READ ALSO: Why Is Brex Worth So Much?

Canaan is an early-stage venture capital that was founded in 1987. Like other VCs, the company says it invests in entrepreneurs with visionary ideas. It has raised over $6 billion over 12 funds.

The company had 70 IPOs, 145 M&As, and over 200 exits to date. The team at Canaan invested in the world’s leading technology and healthcare companies. Canaan’s focus is fintech, enterprise/cloud, marketplaces, tech, biopharma, digital health, and medtech.

Highland Capital Partners is a global VC firm founded in 1988 and is focused on placing the entrepreneur first.

The firm has offices in Silicon Valley, Boston, and Shanghai, has over $7 billion under management, and invested in more than 300 companies.

Highland also serves as a mentor for future entrepreneurs through Summer@Highland. It’s an award-winning program for students and university-affiliated startups, giving them the environment and resources to take their ambition to the next level.

READ NEXT: Fintech Vs. Digital Banking (With Examples)

There are relatively many venture capital firms out there. Most of them don’t focus on fintech yet, however, that will change in the foreseeable future.

We highlighted 11 venture capital firms that are heavily investing in fintech. Although we could have included quite a few more, we wanted to keep the list succinct.