10 Biggest Mobile Payment Apps Dominating in the US in 2023 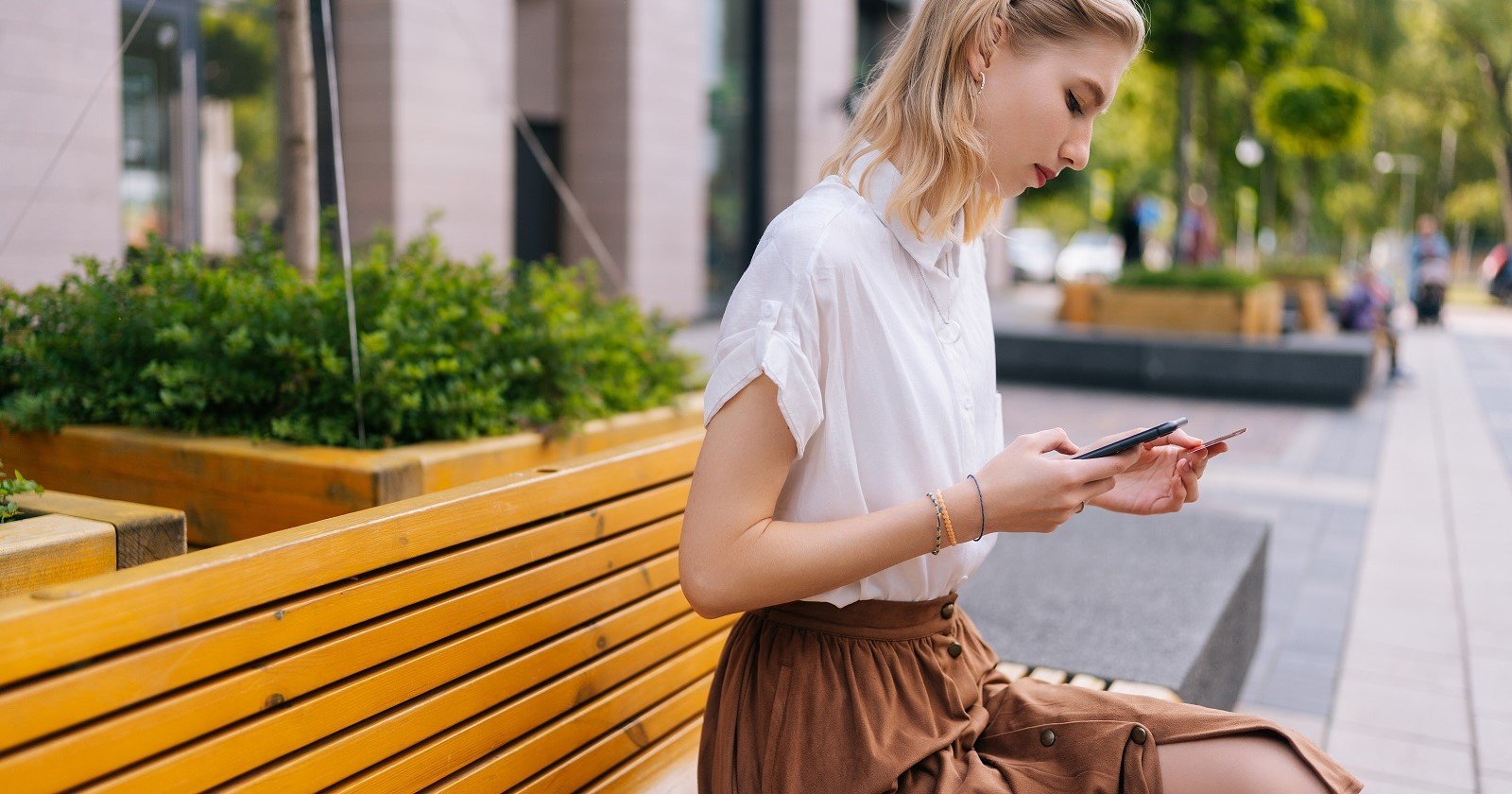 The last three years have been really good for payment apps, as many of them added millions of new customers.

With the constant decline in cash use, mobile payment apps are definitely here to stay. China is still far ahead of everyone else in terms of adoption rate, with South Korea and the United States in second and third.

So, let’s see what the biggest payment apps in the US are right now, how many customers they have, and what their current valuation is.

Chances are, you have at least three or more of the following apps on your smartphone already, and you’ll probably add one or two more this year.

Those that are trading on the stock exchange didn’t have a good year, frankly, but as long as they keep improving their products and adding new users, they’ll weather the storm.

PayPal is still hands down the biggest and most popular payment app and platform in the US.

What can I say about the company that hasn’t been said before? After all, it has been around for 25 years and is the grandad of all other payment apps.

Even after all these years, PayPal is still going strong and is a transnational powerhouse with nearly 430 million users.

In the US, 3 in 4 people say they use PayPal actively. That’s an incredible number. It comes as no surprise, though, as the company offers both personal and business accounts and is immensely popular with both shoppers and merchants. It also popularized the Buy Now, Pay Later trend.

The company has lately introduced its crypto marketplace, where you can buy and sell Bitcoin, Bitcoin Cash, Ethereum, and Litecoin.

Even though PayPal is used worldwide, its best use case is for payments and transfers inside one country’s borders, as it has almost prohibitive fees for international transfers and foreign exchange.

All in all, PayPal is stronger than ever, and it’s hard to see another payment app that could dethrone it, at least in the US.

We are staying with PayPal because another of its mobile and social payment apps is in second place. I’m talking about Venmo, of course, whose founders are relatively little-known Andrew Kortina and Iqram Magdon-Ismail.

Venmo is nearing the 100 million customer mark very quickly. 1 in every 3.5 people is using the payment app, as well as 1.5 million businesses. If we know that the app is available only in the US, that achievement is even more significant.

Venmo is mostly used for small payments to friends and family to split bills, pay rent, and similar.

Although it’s known for its social aspects, the app has transformed far beyond that as it’s offering a Venmo credit card with up to 3% cash back, investing in cryptocurrencies, and the ability to pay at major online retailers like Shopify and Amazon.

As it’s owned by PayPal, it comes as no surprise that you also have purchase protection.

RELATED: Cash App vs. Venmo: What Is Better For Mobile Payments?

Cash App is a cash cow, a golden goose if you will, for its parent company Block (formerly Square). The number of active users has skyrocketed so much so that the app is now part of pop culture.

The app is available not only in the US but also across the Atlantic, in the UK, with users being able to transfer money between the two countries.

Although it doesn’t offer many features, what it does offer seems to be very appealing to tens of millions of users. Instant P2P transfers, Boosts, the ability to open an account as young as 13 years old, BNPL, and Bitcoin and stocks marketplace are clearly enough for its many users.

Block has signaled that it wants to mimic Venmo with more social components. It also acquired Credit Karma, so it can now offer free tax filing for Cash App users.

Zelle was launched as clearXchange in 2011 by Bank of America, JPMorgan Chase, and Wells Fargo. However, the Zelle instant payment service was launched in 2017 as a direct competitor to PayPal, Venmo, and Cash App

And, although they have more clients than Zelle, Zelle users transfer more money per transaction. In fact, more than 5 billion transactions worth more than $1.5 billion have been completed since 2017.

With more than 1,700 banks and credit unions offering Zelle for their money transfers, it comes as no surprise. It’s also available in their apps by default, and a lot of people don’t even know about this fact yet.

Although the company says that 99.9% of all Zelle payments are dispatched without any reports of fraud, some very public reports of scammers using the app have prompted the firm to double down on fraud prevention in a bid to solidify consumer trust.

RELATED: How Does Zelle Make Money?

It was launched in 2014 in partnership with Amex, Visa, and Mastercard and can now be used in 74 countries.

Globally, out of more than 3.5 billion mobile wallets, 507 million belong to Apple Pay. At the same time, Apple Pay transactions account for 5% of all card transactions worldwide.

In the US, Apple Pay is the most popular mobile payment service, with around 45 million people. It’s most popular with younger demographics, as 73% of Gen Z mobile wallet users used Apple Pay to buy something in stores.

Apple Pay also lets its users send, receive, or request money with Apple Cash. AC is a digital card that you can use to shop in-store, in apps, or online.

READ ALSO: Cash App Vs. Apple Pay (There Is a Significant Difference)

Surprisingly, Starbucks App is on this list as well. Some people call Starbucks a bank that also sells coffee. This isn’t far from the truth as its loyalty and mobile payments app now boasts more than 31 million users, and around a quarter of all US retail orders are placed from a phone.

Starbucks launched the Mobile Order & Pay in 2015, combining the company’s existing payment system with new online ordering features that let you order ahead for pickup at stores.

The pandemic has been really beneficial for the Starbucks app as mobile orders and payments went through the roof, and mobile payment adoption rates were unbelievable for most companies in the sector.

At any given moment, customers also have more than $1.5 billion dollars stored in their Starbucks gift cards and loyalty accounts.

In fiscal 2021, the company claimed $181 million in revenue from money that wasn’t spent on them, a rise from $145 million in 2020. Pure profit. So you better check if you have any gift cards lying around!

Apple Pay is still way ahead of Google Pay in terms of users, both domestically and worldwide. It’s also due to the fact that iPhones and iOS, in general, are more popular here.

Google also has a direct competitor in Samsung Pay, whose phones also use Android OS. Samsung’s payment app has 16 million users in the US, while Google Pay has around 25 million.

Google has been updating the app frequently, especially during the pandemic, adding useful features to make the payment app easier to use. It’s also available on iOS devices. Some of these features include:

Similar to Apple and Google Pay, Samsung Pay is very popular with its phone user base. With over 16 million users in the US and ten times more worldwide, especially in its origin country of South Korea, it’s one of the biggest mobile payment apps.

The company introduced Samsung Money by SoFi, that’s available in Samsung Pay and comes with a debit card and an APY of up to 3.75% if you set up direct deposits. This is just one more way that Samsung competes with Apple and its Apple Pay and Apple Card.

Chime has seen incredible growth in recent years. It now stands at around 14 million users and has by far the most customers than any other similar digital bank in the US, including Current, Varo, Ally, Dave, and others.

Why is Chime so successful, both in attracting new users and revenue (almost $1B in 2021)? First of all, it’s free, and you can easily sign up for it. The company says they want to profit with their members, not from them.

So far, this has been a successful tactic as revenue soars year-on-year. Chime was meant to go public in March of 2022, however, they decided to put the plan on hold due to the poor performance of fintech stocks.

Chime has a Zelle-like money transfer system that lets you send money to anyone in the US, no matter what bank account they use, as long as they own a debit card.

MoneyLion is a digital bank from New York that is popular and highly rated. The app already has more than 5 million users, and the company is trading on the stock exchange.

Although it had a $2.4B valuation at IPO, the stock and the company valuation is now in the gutter, basically, having lost 90% of its value. Despite this, many analysts think that this low price is bizarre because the company has grown revenues by 100% since the company went public in 2021.

What is The Most Used Payment App in The World?

As you can see, AliPay and WeChat are two of the most used payment apps in the world, with a combined figure of more than 2 billion users.

While it’s true that the vast majority of users are in China, both apps have a considerable user base in all of South-East Asia, including Hong Kong, India, South Korea, Malaysia, Indonesia, the Philipines, etc.

Which Payment Gateways Are Popular in The US?

On the commercial side, what do merchants use the most for payments? Here are the top 10 payment gateways in the US (in no particular order):

To conduct e-commerce transactions, businesses need fast, secure, and efficient payment gateways. Using a reliable partner helps win the trust of customers. It also guarantees the trustworthiness of the brand.