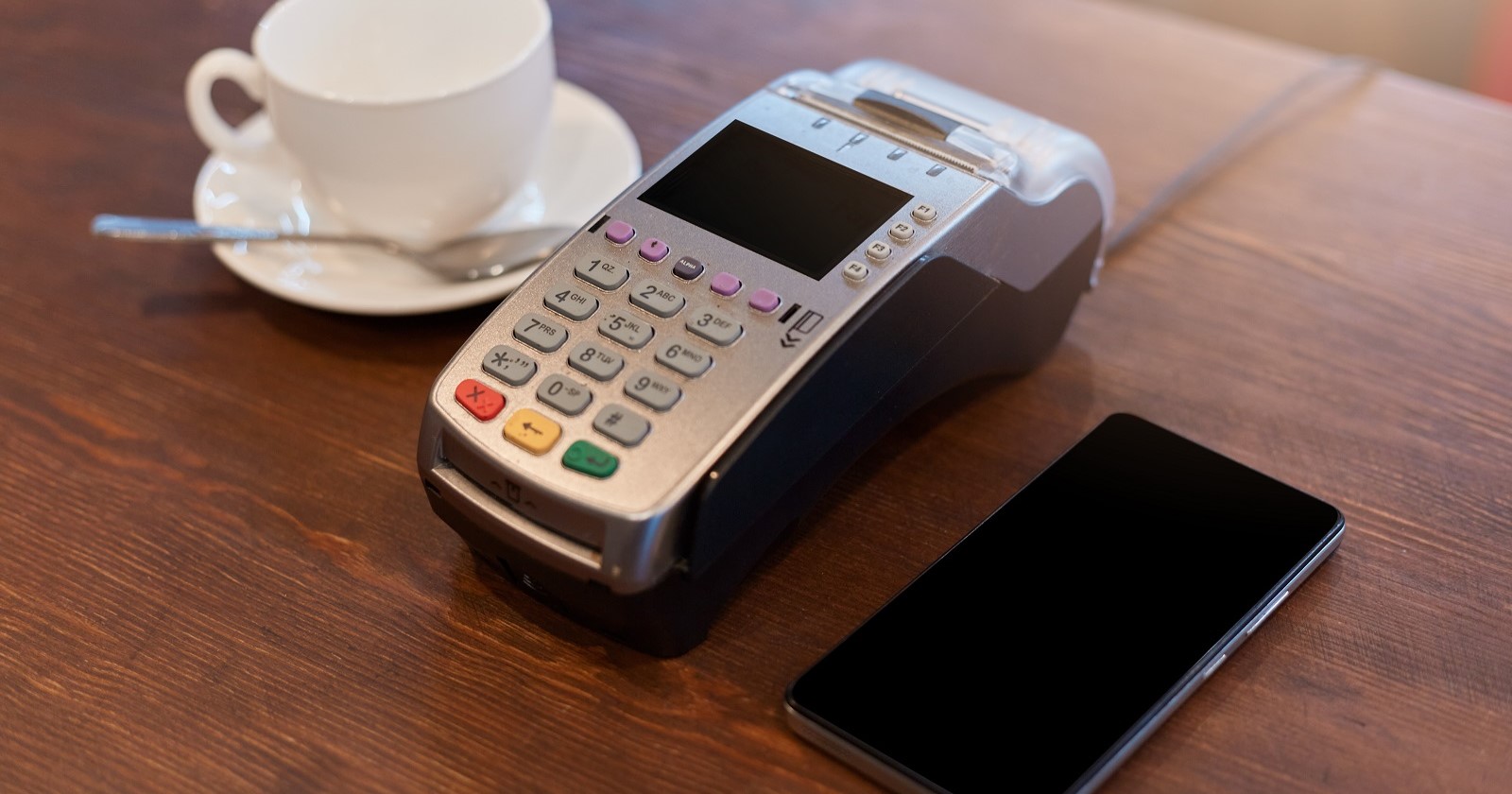 Cash App started as an easy way to send funds to your friends or family quickly and has since expanded into a full fintech company that supports its users in a variety of ways. One of those ways is by letting its users make purchases, but can Cash App users overdraft Cash App?

The short answer is no, you can’t overdraft Cash App. You can draw your account into the negative though, usually by making purchases at gas stations or by leaving tips at restaurants that are greater than your balance.

Just because you can’t overdraft Cash App doesn’t mean you’re out of options. There are alternatives — both on Cash App itself and outside of it.

If you’re looking for some ways to get some extra cash, you can always check out Cash App’s Borrow feature. They allow some of their customers to borrow anywhere between $20 to $200 over a four week period and charge a small 5% to repay the loan.

Finally, when looking at alternatives to overdrafting on Cash App, you should look towards other online banks, neobanks, or fintech companies in general.

Companies like Axos Bank, Current, and even Chime may be right for you if Cash App isn’t.

How to Use and Enroll in Cash App Borrow (Requirements)

Cash App Borrow was initially rolled out to a select group of 1,000 users back in August 2020. It was a hit, and the fintech company allowed the rest of its user base to join in on the borrowing.

Well, not all of their user base. I’m not actually able to enroll in Cash App’s Borrow program at the time of writing. I looked to find the button on my app, and it wasn’t there, so I did some investigating.

It turns out there are a certain set of requirements you have to fulfill before Cash App lets you borrow funds from them.

First, if you want to use Cash App Borrow, you have to have applied for and activated a Cash Card, Cash App’s version of a debit card. You’ll also need to use Cash App for a decent amount, either through the Cash Card or through sending funds to your friends.

You’ll also need a decent credit score. Cash App doesn’t say exactly what their credit score requirement is, but most lenders usually require their loanees to have a credit score well into the 600s at least. You must be at least 18 years of age as well.

Currently, Cash App only allows users to borrow in these U.S. states:

There could be more states applicable (except for Colorado), but Cash App doesn’t make this information readily available. I got this list by combing through their borrow legal agreement, and only put applicable states that they named on here.

If you’re not sure if your state supports Cash App’s Borrow program, you can check by heading to the app and going to the support menu.

From the support menu, type in “borrow” in the search bar. It should bring up a helpful article surrounding Cash App’s borrow feature’s availability in your state.

If you do qualify for the Borrow program, the terms are simple. You can borrow anywhere from $20 to $200, with customers in better standing being able to hit the upper limit of $200.

There is also a minimum of $20 required to borrow anything.

As far as percentage rates go, Cash App charges a flat 5% on any amount borrowed and gives their customers four weeks to repay the debt, throwing in a one week grace period as well.

If you fail to repay the loan in those four weeks, Cash App will charge a 1.25% finance charge.

When you need to overdraft an account, you’re looking for funds you don’t currently have. You also agree to repay that overdraft over time. Sound familiar?

Credit works in the exact same way. When you have a credit card or line of credit, you’re using funds that aren’t technically yours — they belong to whoever you’re borrowing from.

But you’re not getting those funds for free, before getting the line of credit, you agree to terms of repayment, much like Cash App’s Borrow program.

Some people with poor credit scores may not be able to qualify for the fanciest credit cards on the market, but they still have some options.

Venmo, one of Cash App’s main competitors, has a credit card. One of the key perks of their credit card is that if you apply for it but don’t get approved, your credit score won’t be impacted.

This is a problem with credit cards. Those of us with bad credit apply for a credit card to try and improve our credit, only to get declined and further worsen our credit, making it even less likely to get approved in the future.

If this is a problem for you, and you like to do all of your banking digitally just like Cash App, check out Venmo’s credit card.

Paypal also has its own credit card if you still want to stick with online fintech companies.

If you don’t mind branching outside of the internet and have a decent credit score, I’d recommend getting a Chase Freedom credit card. I’ve had one for about 5 years now and haven’t paid a dime on it.

As I mentioned at the beginning of the article, Cash App isn’t alone in being a great place to use your money.

Axos Bank is another very popular online financial institution, operating closer to a traditional bank than a normal fintech company.

If you need to access additional funds, Axos Bank will let you enroll in one of their overdraft plans once you’ve opened an account with them.

If you’re looking for more perks, the ones usually associated with big, traditional banks, Axos Bank might be the right choice for you.

Funnily enough, fellow online banking app Current will let you overdraft up to $200 without any fees. That $200 applies to all of their customers who have a bank account with Current, whereas Cash App may let you borrow up to $200 for a fee if you qualify.

Current calls their overdraft service overdrive and lets you sign up for it once you have enrolled in direct deposit, and they can see that you have a steady, recurring income.

Lastly, Chime might be a good alternative to overdrafting on Cash App. Chime users can also overdraft their accounts up to a whopping $200 without incurring any fees. Instead of Overdrive, Chime refers to its own overdraft policy as SpotMe.

SpotMe works automatically, covering the difference in your transactions as you make them. If you have $5 in your Chime account and spend $12, Chime will spot you $7. They don’t charge a fee for this either, giving you time to repay them without incurring any charges.

Can You Go Negative on Cash App?

Yes and no. While Cash App won’t let you pay for anything you don’t have a balance for, there are ways to draw your account into the negative.

Let me give you some examples. If you’re at a store with $5 in your Cash App account and try to buy a $10 sandwich, Cash App will decline your transaction.

If you’re buying gas, however, Cash App may let you go into the negative to make your purchase. This isn’t because Cash App thinks gas is worth more than sandwiches but because gas stations usually place a small, temporary hold on your account before charging you the full amount.

Say you had that same $5 in your Cash App account, and you pump $30 worth of gas. When you first insert your Cash Card, the gas station will place a $1 hold on your account.

They usually do $1 to make sure your account is positive, at the very least, and because they don’t know how much gas you’re going to end up pumping. Once you pump the $30 worth of gas, the transaction will usually be in your Cash App account the next business day.

In short, if you had $5 in your account and pumped $30 worth of gas, you’ll end up with a negative $25 balance the next business day.

This is often referred to as the “Cash App Overdraft Hack” if you’ve heard of it elsewhere.

Can I Overdraft My Chase Account with Cash App?

No. Cash App operates like a prepaid card and will only pull an amount you can cover from your Chase account.

Was This Article Useful to You? Here is More

Branson Knowles is a former banker and current writer at TopMobileBanks.com.

During his years banking, he helped his clients discover their financial freedom through smart savings and spending goals. He started as a teller before becoming a banker and obtaining his federal licenses, furthering his clients’ on their financial journeys.

After becoming one of the top producing bankers in the state, Branson decided it was time to pursue his own financial freedom. He started writing freelance finance articles before joining TopMobileBanks.com, breaking down banking like only an ex-banker could.